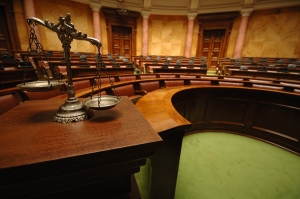 In order to sustain a conviction under the UPUAA, the State must prove 1) the defendant is engaged in a pattern of unlawful activity and 2) the defendant is involved in an enterprise. Often times the pattern of unlawful activity is easily proven, but proving the existence of an “enterprise” can be more challenging for the State. The UPUAA comprehensively defines “enterprise” as:

[A]ny individual, sole proprietorship, partnership, corporation, business trust, association, or other legal entity, and any union or group of individuals associated in fact although not a legal entity, and includes illicit as well as licit entities.

Thus, an “enterprise” for purposes of the UPUAA can be anything from an individual to a group of individuals to a corporation or association, whether legal or illegal. Even still, the question of what constitutes an entity under the various sections of the UPUAA isn’t as easily answered.

These facts show an ongoing enterprise the purpose of which was to traffic in controlled substances. Defendant’s participation in this enterprise, when combined with his acts constituting a pattern of racketeering activity, establishes the necessary elements to convict….

[We] hold that for the purposes of section 76-10-1603(3), the “person” and “enterprise” must be separate and distinct entities. We, too, would be stretching the interpretation of the language in section 76-10-1603(3) to impose liability on both the culpable person and the enterprise. “The enterprise is mentioned in the section only as the instrument of the person doing the racketeering, and there is no suggestion that the enterprise also may be liable, even if it is a wholly illegitimate operation.”

As a result, under Utah law in order to sustain a conviction under subsection (3), the State must prove the existence of an “enterprise” that is distinct from the defendant themselves. Furthermore, the court went on to examine whether the sole proprietorship at issue in this case could constitute an “enterprise” for purposes of subsection (3). The court of appeals determined that as it related to the sole proprietorship at issue in in this case, “the man and the proprietorship really are the same entity in law and fact.” As result the State had failed to pass the distinction test.

While the Utah Supreme Court has declined to require distinction between the individual and the entity under subsections (1) and (2), it does require the state to prove the existence of more than a one-man show under subsection (3). Defendants facing charges under the UPUAA need to be cognizant of this fact, and must take steps to ensure their counsel argues that point to the court, and that the jury is properly instructed on the issue at trial.